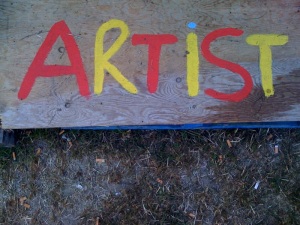 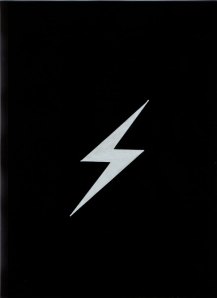 Lots of last minute preparations for this year’s Free University of Glastonbury which is the name of the festival’s literary strand (not quite as described by the Observer). I did an event for the Free University of Glastonbury for the first time last year and really enjoyed it, so I was delighted to be asked back. All of the Free University events take place in the hula-styled environs of the HMS Sweet Charity stage, in The Park area of the festival site. There are some great people involved this year, see the full programme just received from FUOG instigator Mathew Clayton below (which was definitive as of last night and which differs slightly from the info on the festival website).

I’m really excited about this. Richard has composed a new backing track which he’ll be mixing live as an accompaniment to my story ‘A Porky Prime Cut’, which I first performed at my National Portrait Gallery gig (with bass player Simon Edwards) a month or two back.

In as much as it is about anything, ‘A Porky Prime Cut’ is a kind of collision between Throbbing Gristle’s design aesthetic and the Bournemouth funk, soul and zine scenes of the early ’80s – via vinyl obsession, the history of acid house, art school and the cryptic etched messages of UK record pressing maestro George Peckham a.k.a. the ‘Porky’ of the title. It’s fantastic to be doing this gig with Richard, not least because he is a real pioneer of the British acid house scene: as part of Psychic TV he co-produced their Jack the Tab ‘compilations’ in 1988.

To celebrate the Free University of Glastonbury gig with Richard, a strictly limited edition print version of ‘A Porky Prime Cut’ will be available free on the night while stocks last.

For the Friday gig I’m probably going to be rambling about various things like this,

as a kind of preamble to talking about this,

and reading from my novel CHARLIEUNCLENORFOLKTANGO (which I’ve blogged about here and here).

I’ve barely taken in the rest of the festival programme, although my friend Tim Etchells has just posted some amazing photos of his illuminated sign which was installed in the Shangri-La area last weekend (note the moody-looking sky).

The 2011 Free University of Glastonbury programme (in order of appearance) :