Follow me through the heavy steel mesh security grill and into the derelict former Paddington Conservative Club, scene of the inaugural Finneganight, which was held here on Saturday 4 May 2019 to celebrate the 80th anniversary of the first publication of James Joyce’s novel Finnegan’s Wake by Faber and Faber. 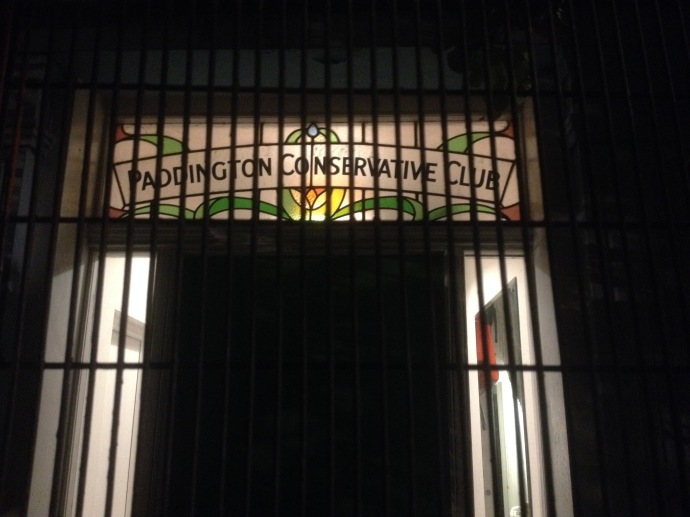 Described as ‘a one-off pop-up Dadaist cabaret’, Finneganight brought together a brilliant company of authors and performers for readings, discussion and performances. I was honoured to have been invited to be part of it. 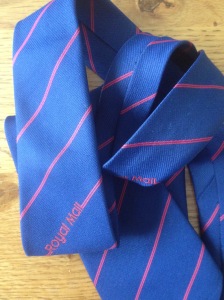 I read ‘The Willingdone Museyroom’ (p.8–10 of Finnegans Wake), and wore my old Royal Mail tie for the occasion (for the first time in probably twenty-five years), as later in the evening I also spoke briefly about reading Finnegans Wake in the Camden Town of the early 1990s – ‘A Portrait of the Author as a Young Postman’, in David Henningham’s words – before giving a reading of Patrick Kavanagh’s poem ‘Who Killed James Joyce?’

Here is author and critic David Collard – Finneganight’s impressario and Master of Ceremonies – and author June Caldwell, just arrived from Dublin, unwrapping the cheese and ham sandwiches (triangular cut), ‘shop cake’, fig rolls, and black and white puddings. This was the part of the evening where there seemed to be enough Guinness to go around . . . 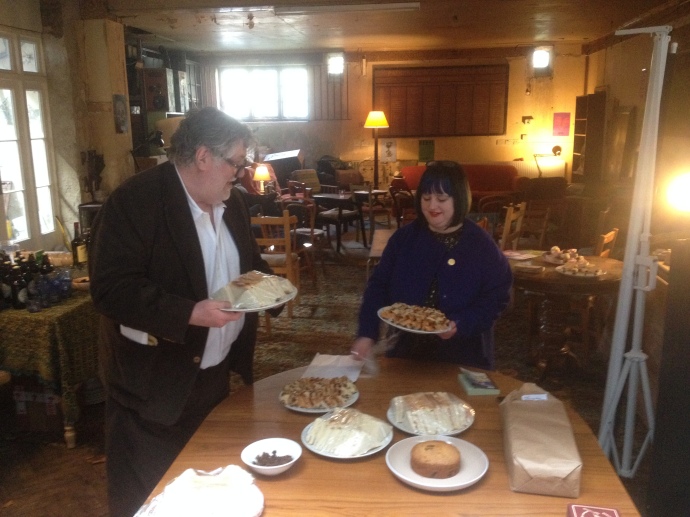 And here’s David introducing the proceedings in front of the Convervative Club’s honours board, which stops abruptly at 1990. 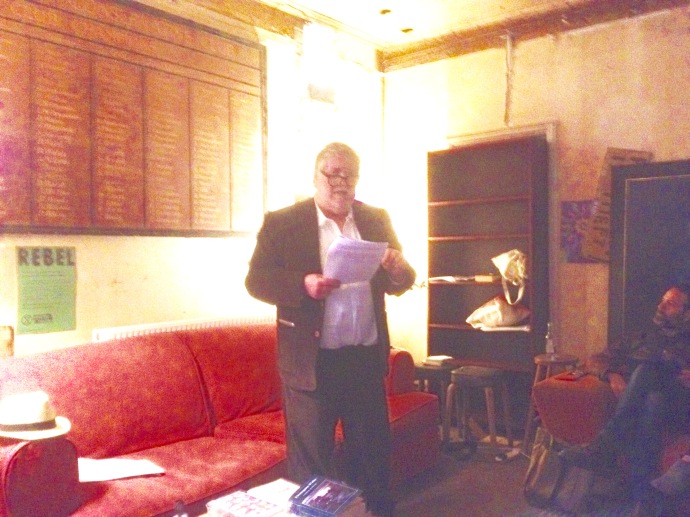 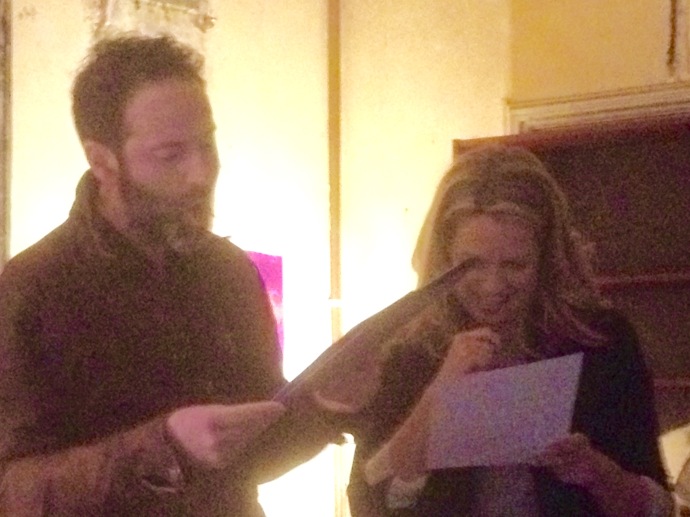 ‘So when did you first not read Finnegan’s Wake?’ L–R Jennifer Hodgson in conversation with Susan Tomaselli, Eley Williams and June Caldwell. The funniest, most earnest and illuminating literary conversation of the year.

‘Finnegan’s Wake’ – the song, with apostrophe – here performed by Melanie Pappenheim, accompanied by Alice Zawadzki. Later both company and audience reprised the song in the ‘shoutmost shoviality’:

Whack! Hurroo! Now dance to your partner! Welt the flure, your trotters shake; Isn’t it the truth I’ve told ye, Lots of fun at Finnegan’s wake. 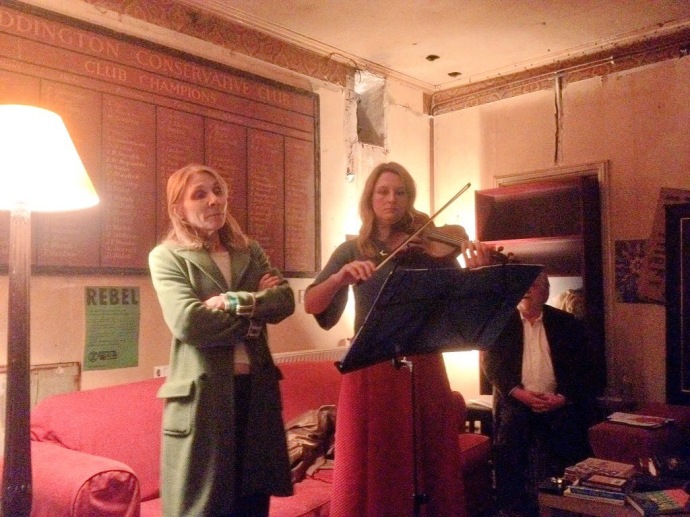 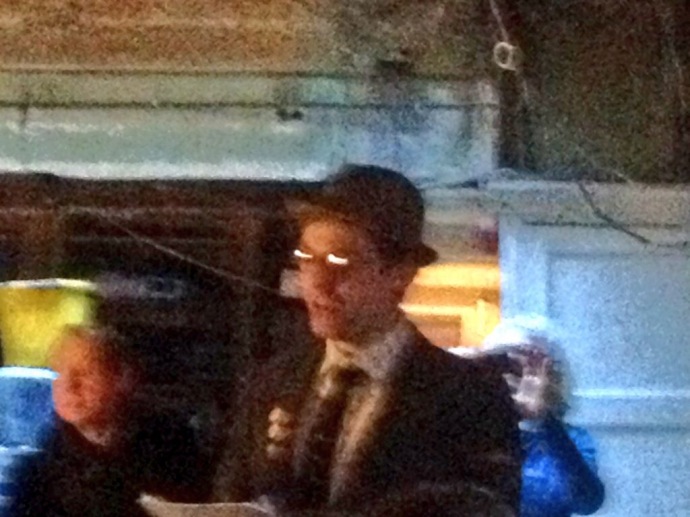 . . . while Henningham Family Press produced the programme, which was printed on their physics-defying – ‘Quarko’ format, specially developed for Finneganight. 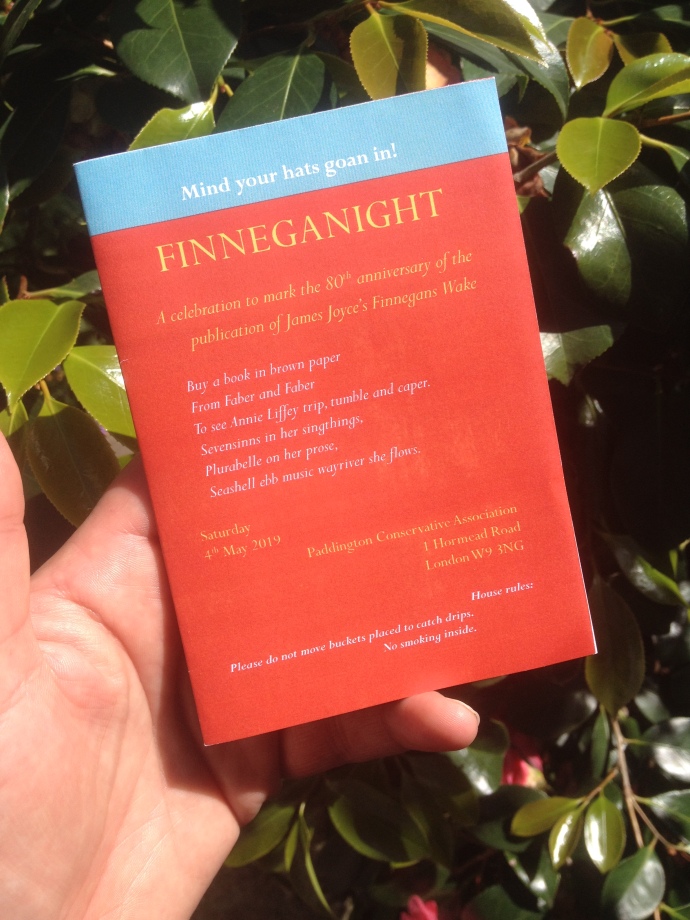 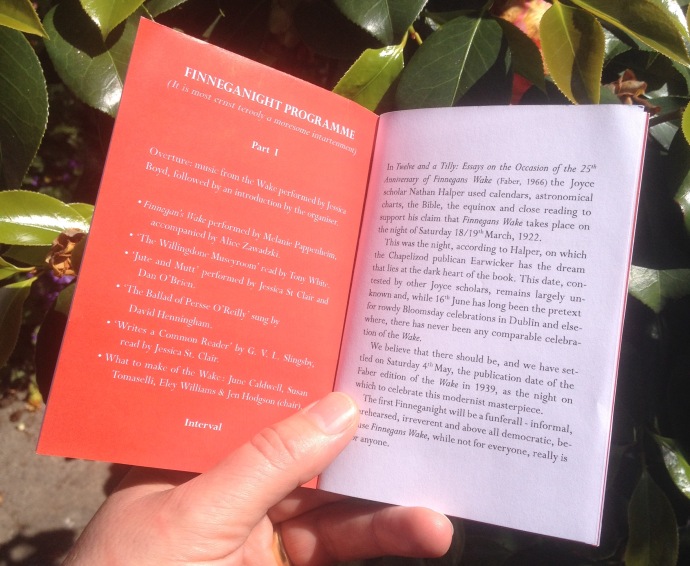 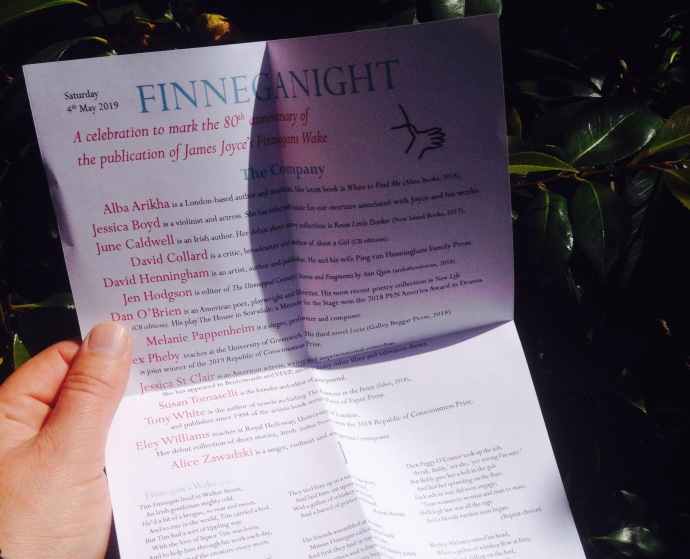