On Saturday 5 December, I am joining authors Holly Hopkins, Anthony Howell and Courttia Newland for A Beast in View: an evening of satire in poetry and prose at The Room, London. Courttia posted on Facebook that it ‘Will be a great night of piss taking, promise!’ 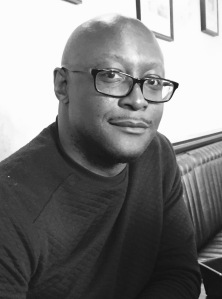 A timely and unmissable evening of satire in poetry and prose at The Room, a space for the arts in Tottenham, featuring leading black British novelist Courttia Newland (pictured)—author of The Scholar, Society Within, The Gospel According to Cane, etc.—‘a truly gifted storyteller’ (Time Out)—and the 2011 Eric Gregory Award and 2014 Poetry Business Pamphlet Competition-winning poet Holly Hopkins, who contributed to The Emma Press’s powerful Campaign in Poetry anthology earlier this year. Joining them are London author Tony White, best known for his novel Foxy-T—‘One of the best London novels you’ll ever get to read’ (Sunday Herald)—who will be reading satirical short The Holborn Cenotaph; and Theatre of Mistakes founder, the poet and novelist Anthony Howell, whose performance Table Moves at The Tate was described by Stewart Lee in the Observer as ‘The best performance I have ever seen’. Howell’s first collection of poems, Inside the Castle was published in 1969 and his latest, Silent Highway, is published by Anvil.

Anthony and I first discussed this event earlier in the year, after I read a piece of his—a satirical poem and accompanying note on the current unfashionableness of satire in poetry—on the Fortnightly Review.

I had already been working with the form for a while. First in 1999’s satirical stream of filth CHARLIEUNCLENORFOLKTANGO, and more recently in my novel Shackleton’s Man Goes South which deploy 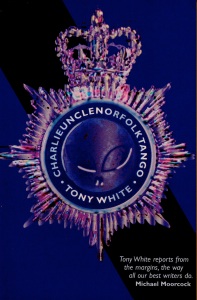 ed a satirical reversal (‘world turned upside down’-style) of the Shackleton myth. More recently I have been including short story ‘The Holborn Cenotaph’ in my gigs. This is a Swiftian ‘modest proposal’ that was first written for a one-off event in the spectacular Gothic chapel at King’s College London in October 2014, but which since then seems to have taken on a life of its own. 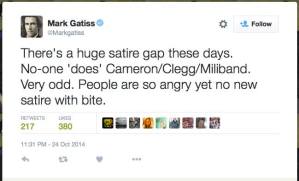 Around the time of the Kings College event at which I launched ‘The Holborn Cenotaph’—perhaps earlier that same day—I saw actor and comedian Mark Gatiss on Twitter, bemoaning the ‘satire gap’ on TV. True enough, perhaps, although I disagree with the implicit suggestion that satire and TV impressionists are somehow synonymous. You’re looking in the wrong place, I thought to myself. Instead of looking for the new Mike Yarwood, look at Cassetteboy, whose satirical cut-up of David Cameron’s conference speech has had nearly 6.2m views on Youtube (not so different to the ratings for Coronation Street or EastEnders), or the incisive, screaming incredulity of The Artist Taxi Driver, here with yesterday’s brilliant Let’s Bomb Let’s Degrade Let’s Destroy Jeremy Corbyn:

More recently, discussing satire on BBC Radio 4’s Start the Week, and rather more on point than Gatiss, was novelist Jonathan Coe, who said:

I think there’s an important difference which tends to get blurred between satire and political comedy […] we’d become, already we’d become too accustomed to just having a cosy giggle with our political masters in a way that was almost complicit. So, you know, I don’t have a problem with laughter, but there are different kinds of laughter: there is angry laughter and uncomfortable laughter, and I think that’s what satire is about.

Coe was on the show to plug his latest novel Number 11, which according to the discussion includes a satirical jab at the current London craze for lavishly extended basements. This proved not to be such a stretch, when a lovely Georgian house in South West London collapsed mid-renovation, with most news sources (and tweeters) citing a basement excavation as the likely cause. I think Coe could quite justifiably say, ‘I told you so.’ 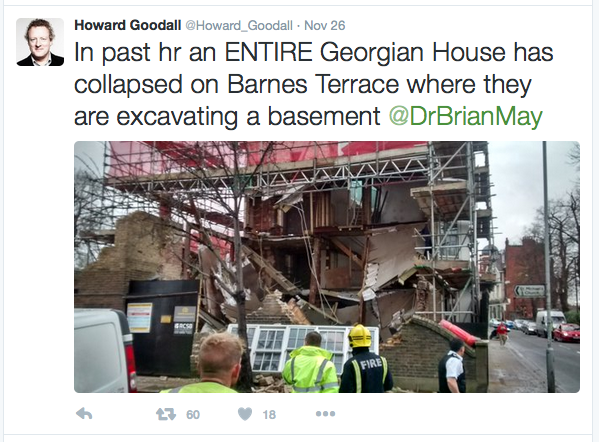 I’m really pleased that joining us for A Beast in View, will be 2011 Eric Gregory Award winner the poet Holly Hopkins, whose work I first came across in The Emma Press’s Campaign in Poetry anthology earlier this year. Holly’s contribution to the anthology got a good mention in Sabotage Reviews, who write:

Satire and animal allegory has long been associated with writing about politics; one only has to glance at a basic literary shelf housing Orwell or Swift. It is therefore apt that Campaign in Poetry opens with Holly Hopkins’ poem about bees. Only it is not about bees. It is titled ‘The General Election’, and it stings. 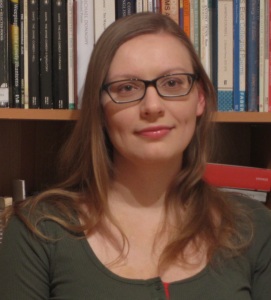 Also joining us is the brilliant Courttia Newland, whose work I have admired for some time now. We have been talking for a while about trying to do some gigs together. I get the impression that Courttia is as much an advocate of, and an enthusiast for the live reading as I am, although we haven’t appeared on a bill together for more than a decade.

It should be a good one. Do come along if you can.

I’ll be reading ‘The Holborn Cenotaph’ again on Saturday, and as is usual with readings of this story, I shall be giving away a small pamphlet edition of the full text. This emerged as a format at that first King’s College, London event, which was a panel discussion with the artists Stuart Brisley and Maya Balcioglu and the academic Dr Sanja Perovic, staged as part of King’s Arts & Humanities Festival 2014: Underground. ‘The Holborn Cenotaph’ is partly inspired by a work of Brisley and Balcioglu’s from the 1980s entitled The Cenotaph Project, and Stuart Brisley was a supporter of Piece of Paper Press in its earliest days in the mid-1990s. So when we came to plan that event together it seemed obvious that we should use the format to give away a text on the night. I have tried to 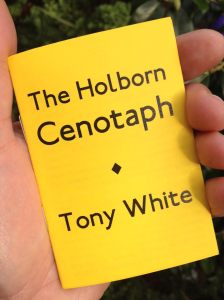 maintain this ethos at all subsequent readings of the story. As a result, the Piece of Paper Press edition of ‘The Holborn Cenotaph’ is now in its fourth impression.

The title of our evening of satire in poetry and prose on Saturday comes from the poet Dryden, whom Anthony quotes in that Fortnightly Review article:

Since its heyday in the seventeenth and eighteenth centuries, satire as a poetic form seems to have fallen out of fashion. Of course, in other fields, there are still plenty of satirists. The satirical vein is still very much in circulation. But poetry itself, the principle organ of mockery in Roman times, appears to have lost sight of this cutting tool. While ranting has come into its own, there is not much in the way of satire. Dryden’s Absalom and Achitophel is a satirical masterpiece in which the poet develops an extended metaphor replacing the events of his own time with an incident drawn from biblical history that comes alive thanks to his brilliant gift for portraiture. But imitating the achievements of the seventeenth century now would come over as a cliché. What does seem important to retain though is a sense of one’s subject. With satire, there is a beast in view … 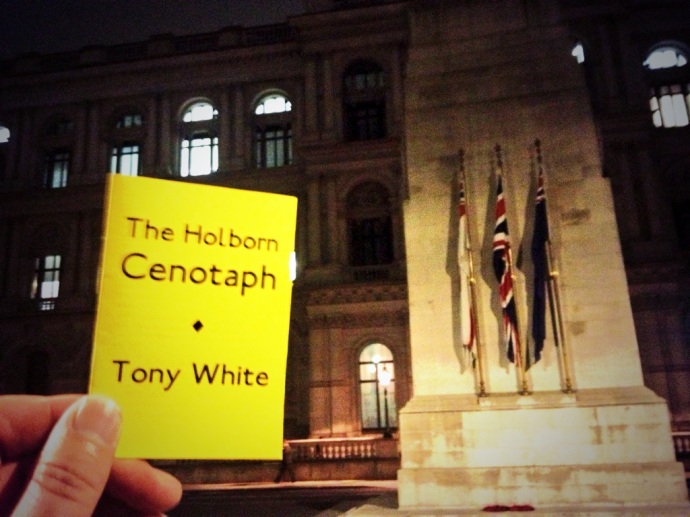